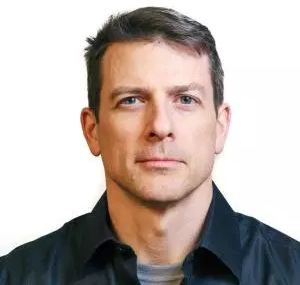 When I found myself slipping slowly into my mid-Forties, I had a moment during the holidays when everything changed for me. I had hit the end of a two-week break, most of which had been spent drinking and eating, and not doing much of anything else. Breakfast was cereal, lunch was sandwiches and beer, and dinner was – well, a lot of everything. One evening, I stumbled my way upstairs, and on a whim, decided to step on the scale. To my shock, at that moment I found that weighed more than I ever had in my life before. At least 15 pounds more than I had two weeks before.

Now this was an uncharacteristic couple of weeks, diet-wise, but it still hit me pretty hard. I had also been having trouble sleeping well, been sick a few times, and my two growing kids were getting more and more difficult to keep up with. All clear signs that the situation was not optimal, to put it mildly. I felt a bit embarrassed – I had often joked about all the people in my high-school reunion pictures that had gained a lot of weight, and now felt like I was en route to the same thing myself.

I, like most people, decided that as the New Year was approaching, I would use the occasion to make a resolution to make things better. And I did, for a while. Cut back on the drinking (only two beers a night), joined a local globo-gym (an hour of cardio every day), and tried to eat healthier whole wheat bread – that’s better, right?

Well, I did get “better”. Lost a few pounds, was getting a little more sleep – I guess technically, I was better off than before. But I wasn’t great. My energy levels were still not where I wanted them to be. I was experiencing some chronic digestive problems that were affecting my daily life. It was getting harder to pick up my kids. Was losing the battle to LGN (Look Good Naked).

I started diving into the Internet to find out about muscle gain for those men in my age group. I knew it was tougher for us, given the hormonal changes that we encounter when aging. At some point, I stumbled across an article on the Mark’s Daily Apple blog that resonated with me. I then read another article on the same blog. Then another. And another. Hours later, I realized that I had pretty much found the answers to my problems. The Primal Blueprint became my own blueprint, not for just fitness, but for longevity of fitness – exercise, nutrition, healthy habits – it was all there.

The big shift for me came about as a result of a couple things. One was when an employee shared a video he had made to audition for the “American Ninja” television show. As I watched him swing, jump, climb, and generally be amazing, I realized that I wanted to be able to do those things. I asked him what his workout routine was like, and he sent me the website for a Crossfit gym near the office. I signed up that day, and after my first workout, was hooked. I had never actually enjoyed going to a gym before – somehow, making the same exact motion 20 times on a machine wasn’t ever very fun, or effective. An hour of treadmill running wasn’t having any positive effect on my body composition. The Crossfit workouts, in comparison, offered a highly varied and time-effective workout and yet still gave me a clear path for progression. Plus the group classes were motivating and encouraged me to challenge myself more than I would have if I had worked out by myself.

The second part of the shift came about for less inspiring reasons. Over the space of a few months, my parents both died. This was in no uncertain terms due to poor lifestyle choices. My father had suffered a couple of strokes over several years, and was completely bedridden. My mother had liver problems, and both their conditions were severely aggravated by a lack of physical activity, continued regular alcohol use, and a poor diet. I decided right then that I was not going to go out the same way. As the Primal t-shirt says, I plan on living long and dropping dead!

So I changed my diet. Eliminated or greatly reduced the grains, the sugars, the seed oils, and the dairy, and replaced them with more vegetables, grass-fed beef and organic meats. Added a few more nuts, and started taking my coffee black with a bit of MCT oil. I did more heavy weightlifting, added in some weekly sprints, and perhaps most importantly, got rid of the late-night internet surfing and added in a couple more hours of sleep. 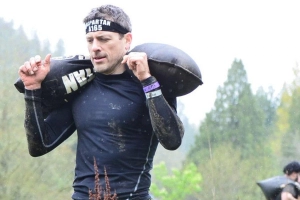 Improvements were almost immediately apparent. Thanks to some stellar coaching, I got better and better at the various movements and exercises. My body composition began shifting – I was losing fat and gaining muscle! My mental health also improved, not to mention my own confidence. I signed up for my first Spartan race, and felt great that I was able to complete all (ok, most) of the obstacles. I was definitely on the path I wanted.

In the beginning of 2018 I decided that I wanted to start helping others who might find themselves in similar circumstances as I did. I took a leap and signed up for the Crossfit Level 1 trainer course. I studied hard for the two-day workshop, and to my relief, I passed! Near the same time, I found the Primal Health Coach training program, and decided that these were two components that I could put together to give me the knowledge and experience to assist others in making healthy lifestyle changes that would improve not just their lives, but the lives of those around them.

So whether you need coaching, information, some really cool gym gear, or just want to get some ideas for your own health journey - welcome!