This week, during one of my "comb the internet for interesting stuff" sessions, I came across a study that was conducted between 1999 and 2002. In the study, the intake of omega-3 fatty acids (as opposed to omega-6 fatty acids) was associated with muscle strength in men aged 50 to 85. And I wondered how that process worked, and whether it would benefit those of us who are already on some form of training/exercise programming.

First, let's go down the "rabbit hole" of how muscle gets built. The balance of protein break-down and protein production in the body is referred to as "protein turnover". When muscle protein synthesis (MPS) exceeds muscle protein breakdown (MPB), the body can then build muscle. If the reverse is true, and MPB exceeds MPS, the body burns muscle tissue. As we get older, MPS tends to slow down, while MPB increases, generally due to lack of exercise and muscle use.

MPS can be increased by high-intensity training; high-intensity in this case is defined as a workout using at least 40% of the maximum weight you can lift for one repetition. Preferably, for greater MPS, the workout will involve upwards of 60% of the one-rep max. Low-intensity training (i.e., "exercise") will not stimulate MPS. Also, a higher training volume of multiple sets increases MPS more than a single set (see Schoenfeld, 2016).

If you want to know exactly how MPS works, in all its technical glory, here is the text from the Wikipedia article on the subject:

Protein synthesis can be divided broadly into two phases - transcription and translation. During transcription, a section of DNA encoding a protein, known as a gene, is converted into a template molecule called messenger RNA. This conversion is carried out by enzymes, known as RNA polymerases, in the nucleus of the cell.[2] In eukaryotes, this messenger RNA (mRNA) is initially produced in a premature form (pre-mRNA) which undergoes post-transcriptional modifications to produce mature mRNA. The mature mRNA is exported from the nucleus via nuclear pores to the cytoplasm of the cell for translation to occur. During translation, the mRNA is read by ribosomes which use the nucleotide sequence of the mRNA to determine the sequence of amino acids. The ribosomes catalyse the formation of covalent peptide bonds between the encoded amino acids to form a polypeptide chain.

Let's allow that to sink in, shall we?

Ok - back to the omega-3s. In a study conducted in 2011 on subjects who had experienced muscle loss, it was observed that omega-3s contributed to protein synthesis by regulating the mTOR pathway This pathway is a central regulator of mammalian metabolism and physiology; it affects cell growth (including muscle cells). The specific mechanisms for the increase in protein synthesis caused by the omega-3s were not known, but the mTOR pathway increased activity by 50%. However, this only happens in the presence of insulin and amino acids. Without these, omega-3 fatty acids do not affect protein synthesis. At its base, protein synthesis ensures that the body's muscles have enough amino acids to make protein. Insulin, an anabolic (building) hormone, effects a reduction in muscle protein breakdown and therefore an increase in mass. The high insulin-high amino acid environment that encourages protein synthesis in the muscles can be achieved by resistance exercise (strength training) and eating enough protein and carbs to elevate the blood's insulin and amino acids.

Omega-3 fatty acids are usually obtained by supplementing with some type of fish oil - mackerel, halibut, salmon and herring are some common sources. There are many types of omega-3s; the two found in fish oil are docosahexaenoic acid (DHA) and eicosapentaenoic acid (EPA). Omega-3s from plant sources - flax seeds, pine nuts, and walnuts -  supply a less active form, alpha-linolenic acid (ALA). Of these types, EPA seems to be the one responsible for the anabolic muscle-building influences.

Fish oil can reduce DOMS (Delayed Onset Muscle Soreness) - that soreness you feel a day or two after a tough workout, and it can reduce inflammation during the workout as well. It can also help with general cardiac health.

Other benefits of Fish oil include:

So muscle growth is just one of the many reasons to supplement with omega-3 fatty acids. Just make sure you're getting enough protein and carbs to fuel these processes in the first place - the omega-3s need raw materials to work with. And as always, if you are planning on starting any kind of supplemention, check with your healthcare provider for advice on source, frequency, and dosage. 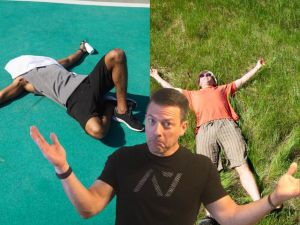 How Doing Less Can Lead to Doing More, or How I Learned to Stop Worrying and Love the Off Days

When struggling with change or improvement, it might help to take something away from the situation, not add more to it. 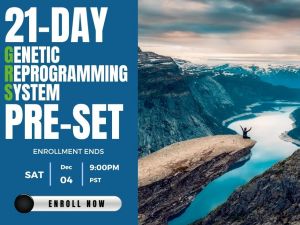 Start the year with credits in your Health Account - not debits

Start the New Year ahead of the pack, not chasing it! New 21-Day Program to get you there! A lot of us go...